Ongoing support from a dedicated nurse — at no extra cost.*

There’s a simpler path ahead

1-on-1 support
Connect with a dedicated nurse to learn about COPD and understand your doctor’s treatment plan.
Education
Learn how to avoid triggers and manage related conditions, like hypertension and others.
Helpful tools
Learn about tracking progress at home using a scale and app or tablet to help you take charge of symptoms. 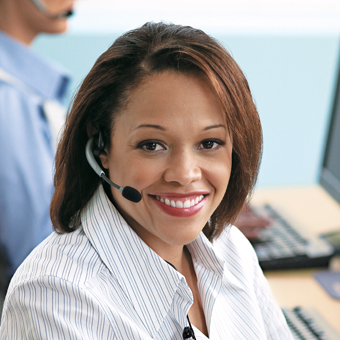 Make your support system even stronger.

Strong relationships are at the heart of this UnitedHealthcare® program for help managing COPD. For that reason, you’ll be paired with a registered nurse who can help improve your care coordination — and your quality of life.

Here’s a preview of what you can expect.

To protect your privacy, your identity will be verified at the beginning of every phone call.

You’ll work with a registered nurse to discover care options and find answers to your questions about COPD.

You and your nurse will work together to create a COPD action plan based on your unique needs.

Your nurse may help keep an eye on your symptoms through using a scale and tablet at home.

“When I quit smoking, I could breathe…”

INTRODUCTION
My name is Geoff. I’m a professor and writer; and I’ve been a smoker for twenty-two years on and off.

FIRST CIGARETTE
I started smoking really because I quit playing football. I left practice and thought, “Man, I don’t want to do this anymore,” and I went to a party and I started smoking. And, you know, a lot of people talk about how they choke on their first cigarette and have to work really hard. I just totally loved it. I think I started really trying to quit the next day, after I had my first cigarette, but it wasn’t until I was probably 25 so, you know, five, six years later. I was one of those people who said, “I can quit whenever I want,” and with cigarettes just absolutely not. So at 25, I knew that I really had the monkey on my back.

LISTENING TO YOUR BODY
I remember going for a long run at 25 and really wheezing for the first time probably in one of those, you know, humid Midwest days. Just feeling thickness in my lungs and knowing, okay, I’m actually harming myself. Since probably 22, 23 -- I’ve gotten up at five o’clock in the morning. That’s when I do write best and, you know, I’m a creative writer and you need to have kind of a clear head. And I’d wake up cloudier and cloudier.

TRIALS AND ERRORS
I’ve tried cold turkey maybe 14,000 times --  gum and lozenges, and actually lozenges worked for me. I think it does help to have a hard quit date. I did have a May 1st quit date and I thought about it for 40 days in advance.

TRIGGERS
I’m a novelist and I get contracts from the publisher. I had to have a book finished actually it was July 1st, so not too long ago. That deadline was a real trigger for me. The stress of that thing coming up I wasn’t sure that I could do it without smoking because I relate smoking to the activity of writing.

MANAGING TRIGGERS AND SLIP UPS
Exercise takes my anxiety level down a notch just generally speaking. And it’s not that exercising cancels out my desire to smoke, but smoking makes it so difficult for me to actually get out there and do it. Running is real intense; you can’t cheat when you’re running even if you’re going at a slow pace. It helps me breathe, it gives me a clear head, it does everything that actually smoking takes away. I have to eat healthily. If I eat a big, fat burrito there’s nothing better than having a cigarette so I just have to be careful and come at it at a multiplicity of ways.

THE FUTURE
I have been smoke-free for six weeks and I hope that continues. I have a 10-year-old daughter and a 13-year-old boy. My children really haven’t seen me smoke before and I was spending a lot of time hiding in the garage, and if you’re engaged in a behavior that makes you hide out from your children, you know, it’s something that harms the relationship and I don’t want to engage in behavior that harms my relationship with my kids.

POSITIVE CHANGE
When I quit smoking, I could breathe. It comes after just a couple of weeks that you improve. I wake up in the morning with sort of an ability to get sharply focused and I lost that with smoking. The other ability that I have that I never had before is that I can hang out after dinner with friends. I don’t have to run outside, and that’s kind of nice.

*Program available at no additional cost as part of your health plan to those who qualify for the program and are enrolled in an applicable UnitedHealthcare medical plan.

This program should not be used for emergency or urgent care needs. In an emergency, call 911 or go to the nearest emergency room. The information provided through this service is for your information only. It is provided as part of your health plan. Program nurses and other representatives cannot diagnose problems or suggest treatment. This program is not a substitute for your doctor’s care. Your health information is kept confidential in accordance with the law. This is not an insurance program and may be discontinued at any time.